Two members of the New People’s Army (NPA) were killed after troops from the 26th Infantry Battalion (IB) figured in a series of encounters at Sitio Mahayon-hayon, Brgy. Guibonon, Esperanza, Agusan Del Sur on April 30, 2020.

An initial encounter transpired in the afternoon of April 30, 2020, when the troops responded to a report on the presence of an undetermined number of NPAs being monitored in the said area. The seven-minute skirmish caused injury to SSg. Joseph E. Hulibayan who led the patrol.

Despite the injury, SSg Hulibayan led the pursuit and re-engaged the fleeing NPAs at about 10:30 in the evening. The 20-minute exchange of gunfire caused the NPAs to scamper to different directions leaving behind two dead bodies from the terrorist group. The troops also seized two M16 rifles, one AK47 rifle, bandoliers, magazines, and ammunition.

Coordination with the Philippine National Police and the Local Government Unit of Esperenaza is presently being undertaken by 26th IB under Ltc. Romeo Jimenea for the identification and turn-over of the two NPA cadavers.

In a separate instance, patroling members of 39th IB and Civilian Active Auxiliary (CAA) figured in a series of encounter against an undetermined number of NPAs at Brgy. Tuburan, Tulunan, Cotabato on April 30, 2020. No casualty was reported on both sides in the said encounters. 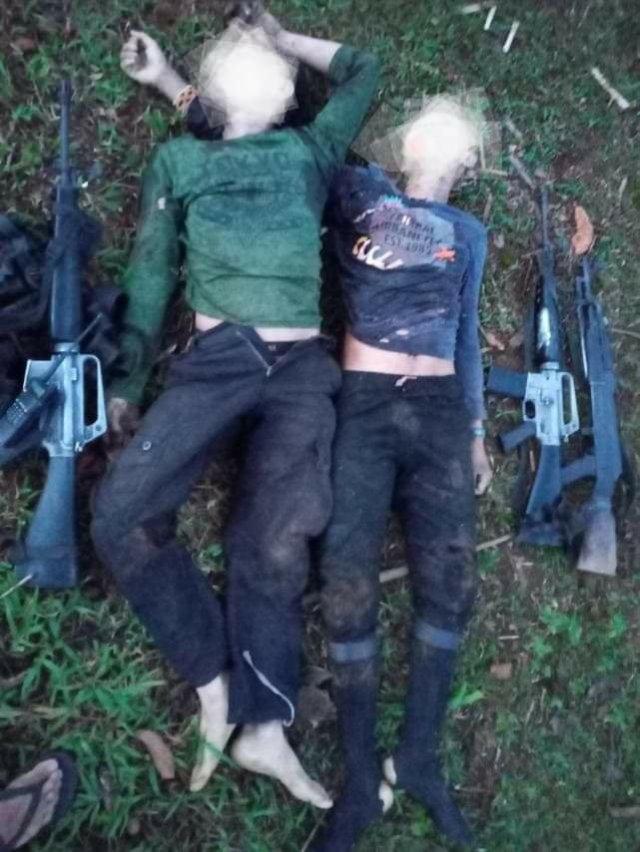 “Let us continue with our relentless operations to deny the terrorists the opportunity to carry out coercion and intimidation so that the communities can continuously cope with the crisis brought about by COVID-19,” he said.