Citing the vulnerability of the country to natural disasters, such as earthquakes and typhoons, Senator Christopher Lawrence “Bong” Go on Monday, November 11, said that it is time for the establishment of a Department of Disaster Resilience to mitigate the consequences and take a more proactive approach to such calamities.

The proposed measure is currently being tackled in the Senate at the committee level during the Joint Committee Hearing of the National Defense and Security, Peace, Unification and Reconciliation; Civil Service, Government Reorganization and Professional Regulation; Ways and Means; and Finance Committees.
“It is high time that we recognize the fact that our country is highly vulnerable to ominous disasters given the frequency of natural calamities, like typhoons, earthquakes, and volcanic eruptions, that hit and affect us every year,” Go said. 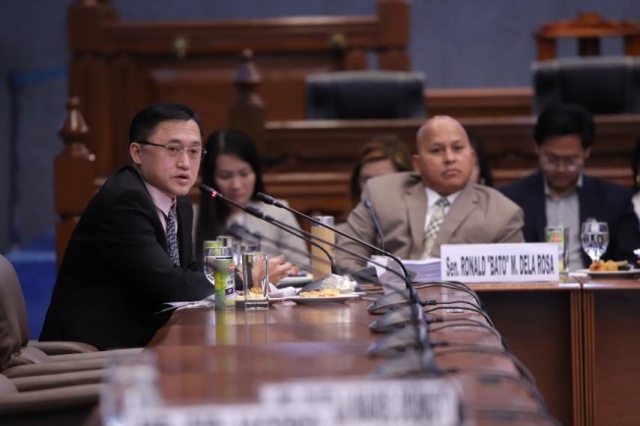 “I would like to put on record that only through the realization of the Department of Disaster Resilience can we mitigate the consequences of such calamities, resulting to very few casualties, if not none,” he added.
Concurring with Senator Miguel Zubiri who earlier remarked that the country’s response to natural disasters is simply “reactionary”, Go emphasized the need for a more proactive approach to natural disasters.
“Equally important na proactive tayo bago ang sakuna. Dapat may magtuturo sa mga LGUs kung ano ang dapat gawin sakaling may darating na sakuna. Handa tayo dapat bago pa ito dumating, not only after,” said Go.
Go also emphasized the importance for the public to know what agency is in charge when it comes to dealing with natural disasters. He stressed that under the current structure, the National Disaster Risk Reduction and Management Council merely acts as an ad hoc inter agency coordinating body when dealing with disasters. 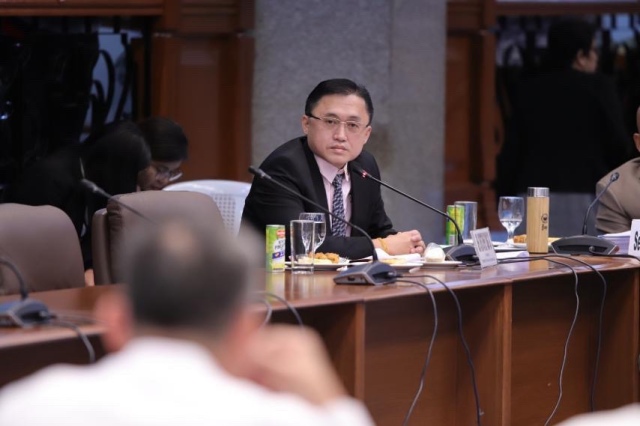 The senator filed Senate Bill (SB) No. 205 or the “Disaster Resilience Act of 2019”. The measure proposes for the creation of a Department of Disaster Resilience, “an empowered, highly specialized department with clear unity of command and primarily responsible in ensuring safe, adaptive and disaster-resilient communities.”
The bill seeks to establish a clear system of responsibility for disaster preparedness and response in all levels of the government, given the increasing number and devastation brought about by various disasters.
Through the proposed measure, the existing Disaster Risk Reduction and Management (DRRM) offices will be renamed as Local Disaster Resilience Offices. A Disaster Resilience Fund will also be established to finance DDR’s operations, disaster risk reduction, disaster preparedness, response, recovery, rehabilitation and building forward better programs, projects and activities formulated in the national level.
The National Disaster Operations Center will be established, with its corresponding Alternative Command and Control Centers, while a Disaster Resilience Research and Training Institute will also be created to provide training and to collect, consolidate, manage and share knowledge and information resources to boost disaster resilience. 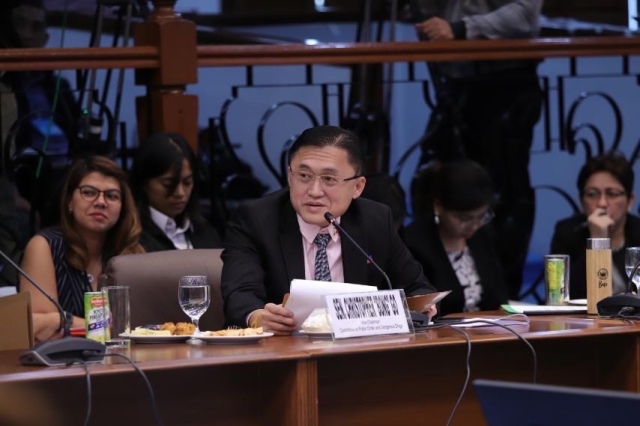