Massive vote-buying has been reported in the province of Davao del Norte since Saturday morning. 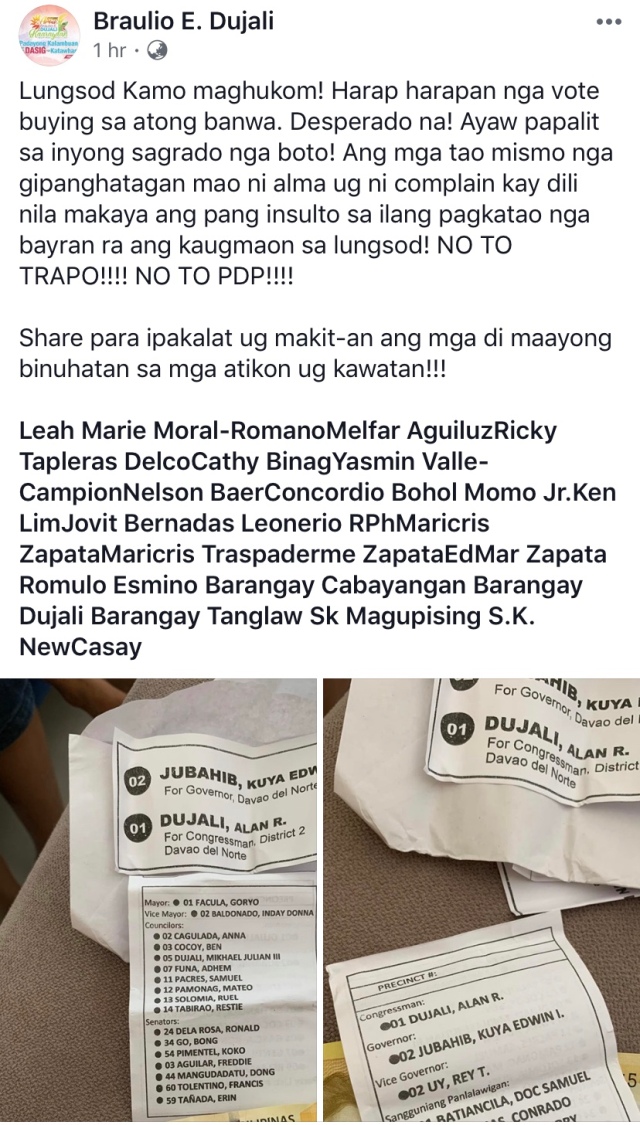 Another FB post by Philip John F Verallo showed another P500 bill with sample ballot bearing the name of Pantaleon Alvarez, who is running for congressman of the 1st District, and Edwin Jubahib.

A Facebook post by Istoryang Tinud-anay meanwhile accused the camp of Gov. Anthony del Rosario of vote-buying showing a photo of P1,000 bill with a P20,000 health card and a sample ballot.

Both camps are denying their involvement in vote-buying.