One of the surrenderee was identified as @ALEM, 21 years old, a resident of Malabon City and former Political Guide of CPP-NPA Terrorist Group that is being monitored in the tri boundary of Davao del Norte, Agusan Sur and Compostela Valley.

In her revelation during the press briefing, she said that she was a 3rd year BS Architecture student of Polytechnic University of the Philippines (PUP) in Sta. Mesa, Metro Manila and was an active organizer of several left-leaning youth organizations such as the League of Filipino Students (LFS) in PUP, Anakbayan in Caloocan City and Pandi, Bulacan, and Samahan ng Kabataang Demokratiko sa Asyenda Luisita (SAKDAL) in Hacienda Luisita, Tarlac City. 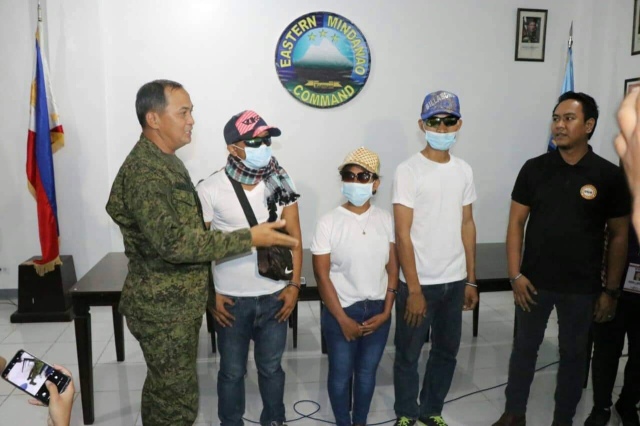 She further said, that together with other 24 students from Manila joined the return of the participants of Manilakbayan protest march to Mindanao on September 2017. They joined and together organized the rally of Madaum Agrarian Reform Beneficiaries Asaociation Incorporated in Tagum City, Davao Del Norte before their immersion and eventual integration to the New People’s Army in Mindanao.

Together with her live-in partner @Jinggoy, former CO of the unit of the armed group in the tri-boundary of Compostela Valley-Davao del Norte and Agusan del Sur, whom she met in the organization, they voluntarily surrendered on April 22, 2019, to Ltc. Jaime Datuin of 75th Infantry Battalion in Bislig, Surigao del Sur after they were disillusioned on the authoritarian policy of the armed group.

Their wish to surrender was further boosted when they were encouraged by the parents of @Jinggoy. Along with them is their 4-month baby boy.

The surrender of these seven CNTs was facilitated by the different government agencies and Barangay Council of Colonsabak, Matanao, Davao del Sur. With them are their high powered firearms composed of one Bushmaster Rifle, one M203 Grenade Launcher, one Baby Armalite, on M16 Rilfe, M14 Rifle, one Garand Rifle, and ammunition.

Tired of running, hiding, and walking to include lack of sleep and starvation, the seven saw a glimpse of hope after reading a leaflet from aerial dropping and tarpaulin posters containing information about Enhance Comprehensive Local Integration Program (E-CLIP). 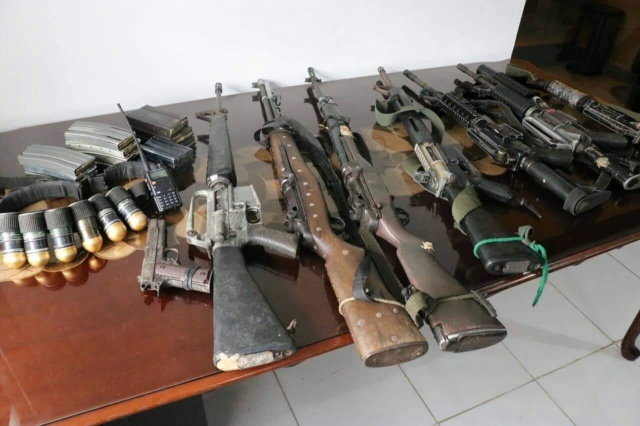 During the turnover, the DSWD and DILG representatives committeed to assist the surrenderees as part of their mandate in the implementation of E-CLIP and the would be implemented National Task Force on Ending Local Armed Conflict which was signed by President Rodrigo R. Duterte last week.

Meanwhile, Lt. Gen Santos gave emphasis on the case of @Alem as a classic example of NPA’s student recruitment.

“Alias Alem is a classic example of how NPA recruit students. They deceptively indoctrinate students using social issues to mask their real objective until they become student activists, joining and organizing rallies and undergo exposure and immersion with the armed group before finally integrated,” Lt. Gen. Santos said.

“Let this be known by our parents, teachers and learning institutions in order to prevent our youth to be recruited to the futureless armed group,” Lt. Santos added.