An unidentified 90-year old man was arrested by the authorities after he was found to be in possession of a pistol and a knife while about to enter the Office of the Special Assistant to the President along Chavez St., Davao City.

Authorities found no identification cards from the suspect who also refused to talk.

In a post, senatorial candidate and former SAP Bong Go hinted that the nonagenarian could be after him. 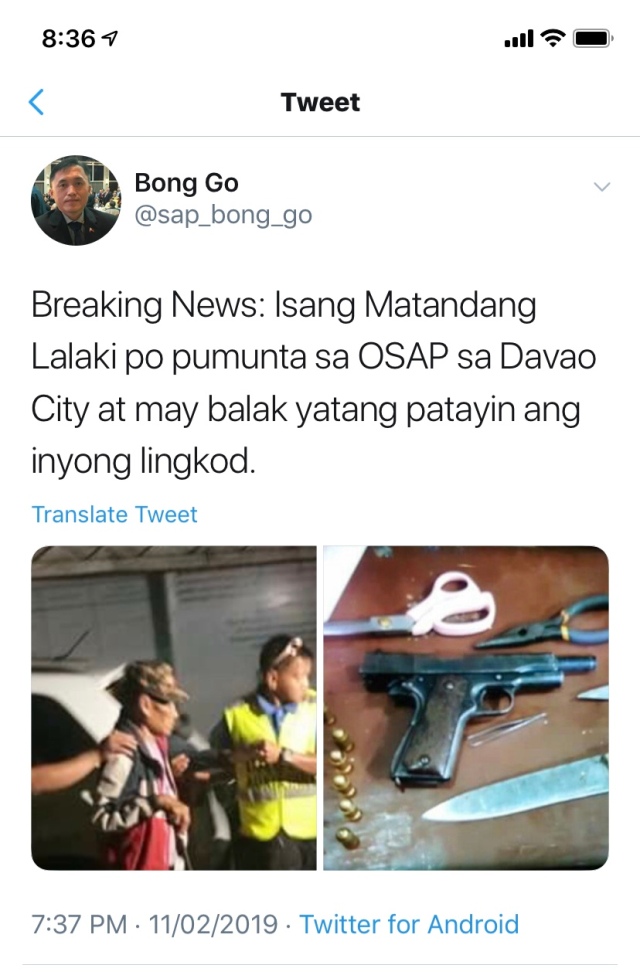