Senator Antonio Trillanes IV pleaded not guilty on the four charges filed against him by presidential son Paolo Duterte and brother-in-law Mans Carpio.

The senator personally appeared before the Regional Trial Court Branch 54 Tuesday morning, January 15, for his arraignment.

In an interview after his court appearance, Trillanes branded the libel cases as nothing but harassment cases aimed to inconvenience him. He said that his personal appearance is to show to the court that they respect and have full trust on the justice system. 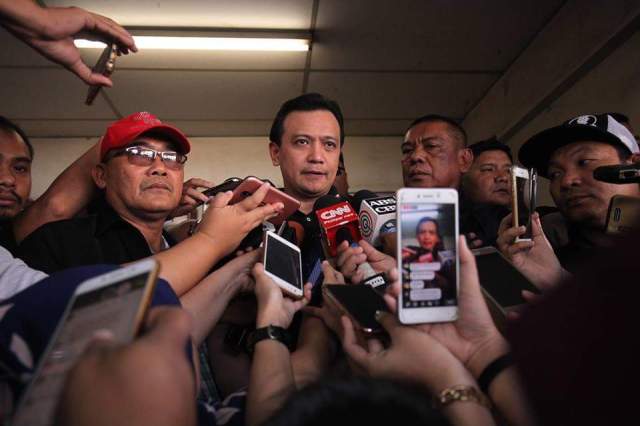 Asked of his message to the Dutertes, Senator Trillanes warned the First Family to be prepared also when their time comes.

Trillanes was declared persona non grata by the Davao City Council last year. The senator however said Tuesday that he surprisingly got a warm reception from the people of Davao City.