PUERTO PRINCESA CITY — Wildlife authorities in Palawan have caught a saltwater crocodile (Crocodylus porosus) measuring 15.6 feet in Balabac, days after a fisherman was attacked and killed by a crocodile last month.

He said the crocodile will be brought to this city on Monday where it will undergo a “gastrointestinal decontamination” procedure to see the content of its stomach.

“Hindi pa namin alam ang gender kasi kakahuli lang kanina at inayos pa ang paglalagakan niya doon (We have yet to determine its gender because it was caught earlier and we are still arranging where it will be housed). Pagdating dito sa Lunes, aalamin agad ‘yan kasi may health check din na gagawin sa kanya (Once it arrives here on Monday, we will determine that and we will conduct a health check on it),” he said. 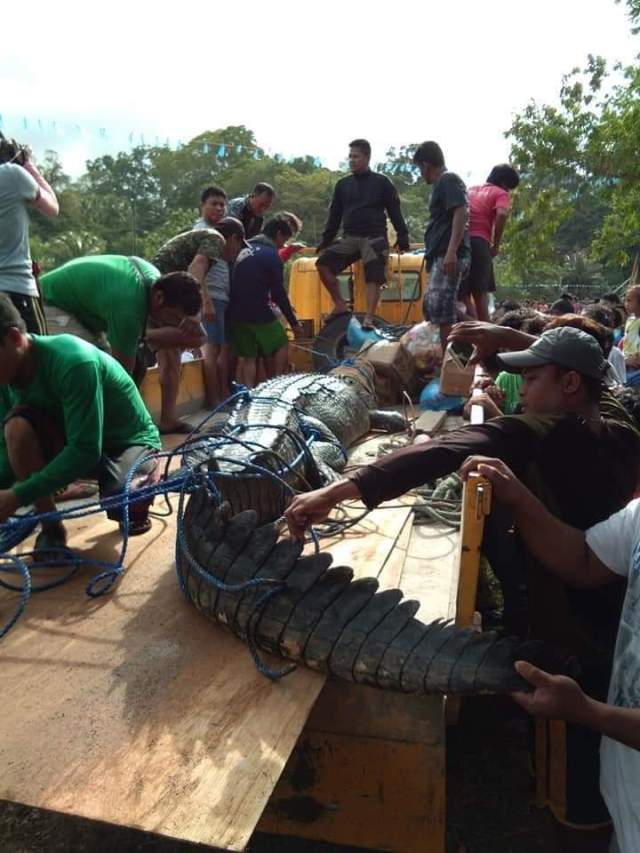 The stomach flushing will be done to determine if it is the “problem crocodile” that attacked and killed 23-year old Balabac fisherman Cornelio Bonete.

Bonete’s decomposing body was found along the shores of Sitio Bual, Barangay Malaking Ilog in Balabac on the morning of November 28. The victim’s right arm and left foot were missing.

Fabello said the PWRRC team led by Salvador Guion tried to transport the large reptile from the area but failed due to strong winds and waves.

“Pansamantala doon muna sa custody ng mga authorities doon. Hindi pa kasi maibyahe ang buwaya dahil sa malakas daw ang alon ngayon. Kailangan siyang ilayo sa mga tao, hindi maaaring i-expose sa tao kasi baka masaktan nila ito (It will remain under the custody of authorities there. They cannot transport the crocodile because of the strong sea current. It needs to be kept away from people. It cannot be exposed to people because they might hurt it),” he said. 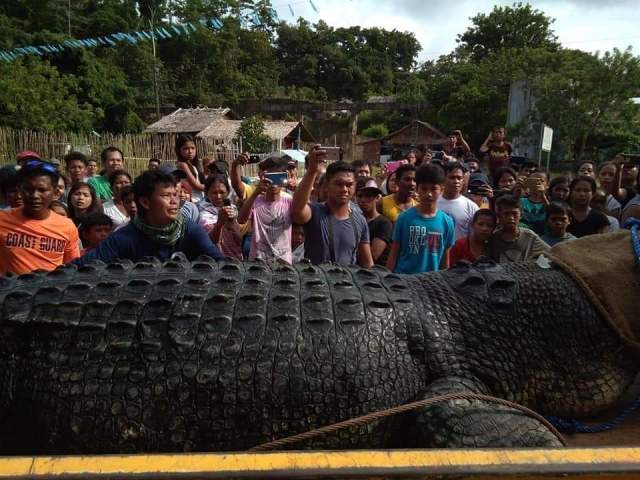 The crocodile will be in the custody of the PNP 2nd Special Operations Unit-Maritime Group under Senior Supt. Greg Togonon and the Coast Guard Substation (CGSS) in Balabac.

The entrapment operation by the PWRRC was started in Malaking Ilog on November 30 with the help of the maritime group, the CGSS in Balabac, the Philippine Navy through the Naval Forces West (Navforwest) the municipal government, and the municipal police station.

Ensign Allison Tindog, the spokesperson of the Coast Guard District Palawan, said Saturday in a separate interview that it will be transported to the city by the Parola-class patrol vessel BRP Cabra.

“The Coast Guard through the leadership of Commodore Allen Toribio will help in transporting this large crocodile to Puerto Princesa on Monday. It will be here in six to eight hours,” he said. (PNA)