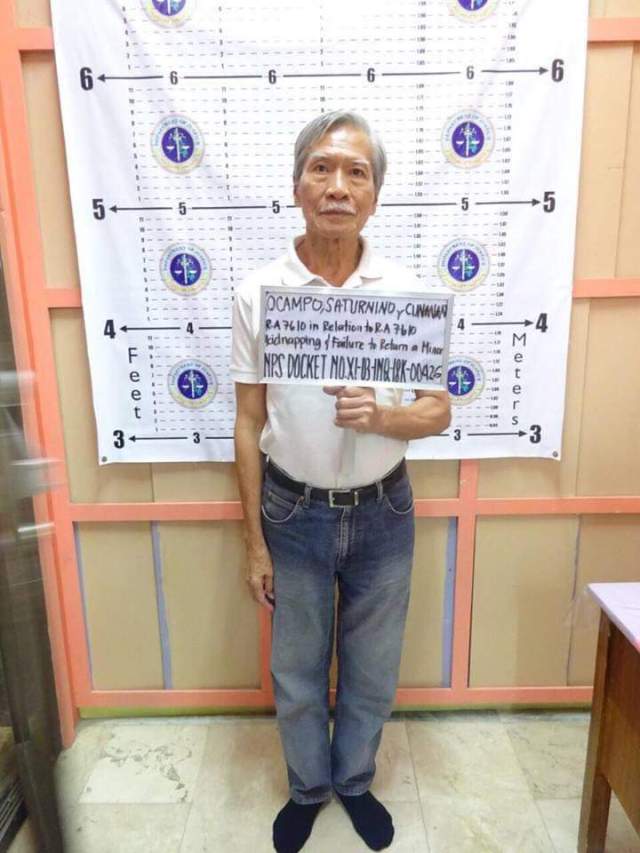 The group under Ocampo were onboard five vans when they were accosted past 9 pm Wednesday by the PNP Talaingod after it was found out during a random checkpoint that the convoy of 5 vans held minor children who came from different parts of Mindanao and was headed to an unknown destination the group would not reveal.

Further inspection revealed that the group were composed of minors, prompting the PNP to coordinate with the local government’s local social welfare and development officer who profiled the group and rescued the minors of the group.
The inspection also revealed that the group was all in all 74 persons, of which 10 are teachers who belonged to the ACT partylist , and are teachers of the Salugpungan Ta’tanu Igkanugon Learning Center whose main campus is located in Sitio Dulyan, Barangay Palma Gil,, Talaingod, Davao Del Norte.

Some of the children who were from the area were already taken by their parents to their homes. As for the others who are not from the area, coordination is already being made by the local government to inform their relatives as to the children’s whereabouts.

Meanwhile, angry tribal leaders and residents from the municipality condemned the act of Ocampo’s group and stormed the PNP station where the group are located, demanding that Ocampo leave the area and not take their children.

The municipality of Talaingod through its mayor, Basilio Libayao already passed a resolution earlier declaring their condemnation of any of the group’s activities and presence in their municipality.
Likewise, the tribal leaders of the municipality headed by Datu Guibang Apoga, who earlier defected from the group, already made a resolution declaring that they do not want the said Salugpungan schools in their ancestral domain as the schools served as recruitment centers for the Communist NPA Terrorists, he revealed.

Both the Indigenuous People’s Mandatory Representative Bae Pilar Libayao and the provincial National Commission of Indigenuous Peoples made resolutions for the closure of the Salugpungan schools for the same reasons as Datu Apoga revealed.

The 14 minors are now being taken care of by the Municipal Social Welfare and Development office of the town.