Go made the statement at the national convention of the Association of Registrars and Deputy Registrars of Deeds, Inc. (ARDDRDPI) on November 20, 2018, at Seda Hotel in Quezon City.

Go, a candidate for senator in the 2019 elections, wanted to help lessen the difficulties that the members of the organization face. “Some conflicts in our society involve land titles,” he said. “Localized peace talks may help resolve the issues and stop the dispute between parties since local executives are more familiar with the issues of their respective communities.”

The senatorial aspirant also highlighted the registrars’ role as “Keepers of Land” – reminding them how crucial it is that they be truthful in their jobs, especially given the president’s zero tolerance corruption policy.

ARDDRPI has more than 170 members all over the country, at least 95 percent of whom are lawyers. Each city and province has its own registrar of deeds.

The office of the Registry of Deeds is under Land Registration Authority. Its main function is to serve as the public repository of all records, including certificates of land titles. 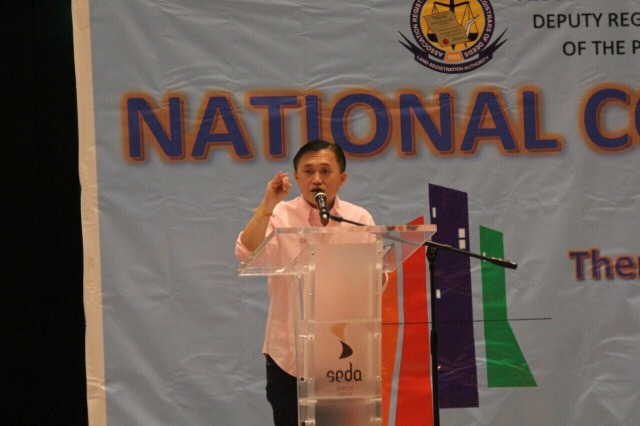 Localized peace talks are patterned after a set of programs and projects implemented in Davao region. Citing their experience in Davao, Go said that efforts of the local government resulted in a lower incidence of clashes between soldiers and communist rebels and in a higher number of rebels surrendering to the government.

“President Duterte wanted the Davao model to be replicated in other areas of the Philippines,“ Go said. 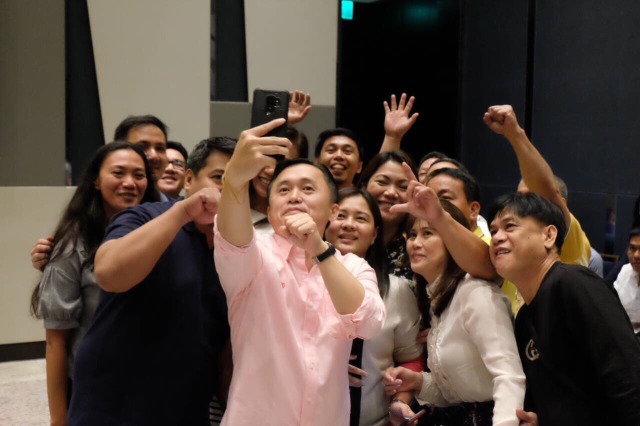 Go also specifically emphasized the importance of land titles that the Registry of Deeds handles. He cited President Duterte’s recent move to distribute some 3.1 hectares of land to the Ati Tribe in Boracay island. “No one can take their land away from them again,” Go said.

In the same event, Go also said he will push for the creation of a Department for OFW Affairs which aims to unite fractured services currently available across government agencies like the DFA, DOLE, OWWA, and POEA – as well as his plan to have a national program wherein school supplies can be distributed to students for free. The initiatives echo his ‘Malasakit’ platform, which is highlighted by the 17 Malasakit Centers available nationwide.

The Malasakit Center is a ‘one stop shop’ where indigent patients can ask for financial assistance from various government agencies, such as the Department of Health, the Department of Social Welfare and Development, Philhealth, PAGCOR, and Philippine Charity Sweepstakes Office.