Floirendo filed his certificate of candidacy Thursday, October 11, along with five other candidates for board member for the second district.

HNP’s candidates for the 1st congressional district did not appear though on the first day of filing.

Davao del Norte Gov. Anthony del Rosario said they are still finalizing their lineup for the first district including the candidates for governor and vice governor.

The governor said they plan on filing their CoC’s on Monday, October 15. 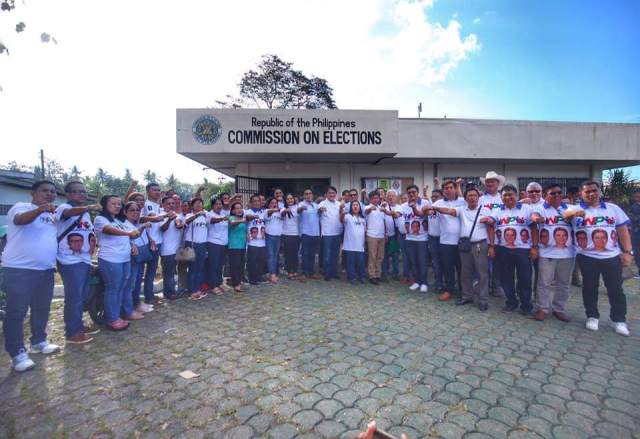 HNP is facing a full slate from the PDP-Laban party wing of former House Speaker Pantaleon Alvarez who is also the party secretary general.

Alvarez is also seeking reelection and is said to be fielding his chief of staff Edwin Jubahib for governor and former Tagum City Mayor Rey Uy for vice governor.

The PDP-Laban Alvarez wing is expected to file their CoC’s at the last day of filing on October 17.

Rep. Floirendo meanwhile did not discount the possibility of last minute changes in their lineup saying that he is also open to running for vice governor if their party is having a hard time looking for a candidate.

Floirendo said he can ask his youngest daughter, Gabby, to run for Congress if need be.

A FARMER RUNS FOR CONGRESS

A farmer from Asuncion town also filed his certificate of candidacy for the congressional post in the first district.

Ronelo Rafales said his candidacy is endorsed by no less than President Rodrigo Duterte. He is however running as independent.

Rafales will be facing Alvarez in the race. The farmer candidate admitted that he has no money to run a campaign and is merely relying on the farmers’ votes to secure the post.