Dated September 6, 2018, the young Duterte said the libel complaint stemmed from the senator’s interview accusing Duterte of asking money from Uber officials to which the complainant vehemently denied.

Aside from the libel case, the former vice mayor also filed a civil case for damages against Trillanes.

Trillanes is now holed inside the Senate building since Tuesday after President Rodrigo Duterte ordered for his arrest after revoking the senator’s amnesty granted by President Aquino in 2010. 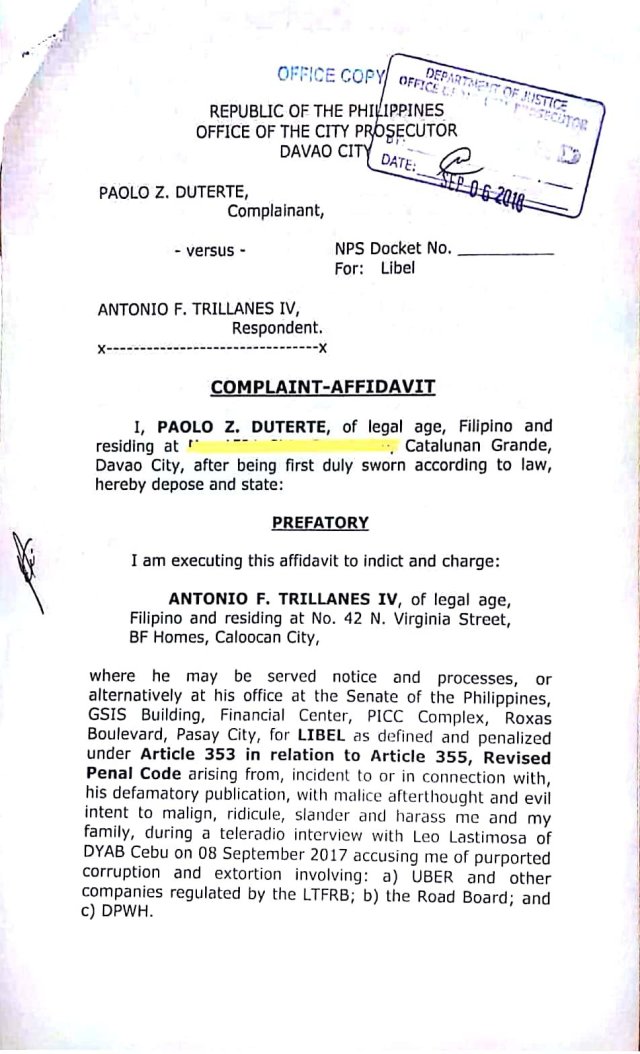