For months, Edgar and Jocelle Montes worried about their 11-year-old son Jomel, who had been confined at the Governor Celestino Gallares Memorial Hospital in Tagbilaran, Bohol for leukemia. Edgar barely makes ends meet as a coconut gatherer, and so the boy’s continued stay in the hospital was an added burden the family could not afford. 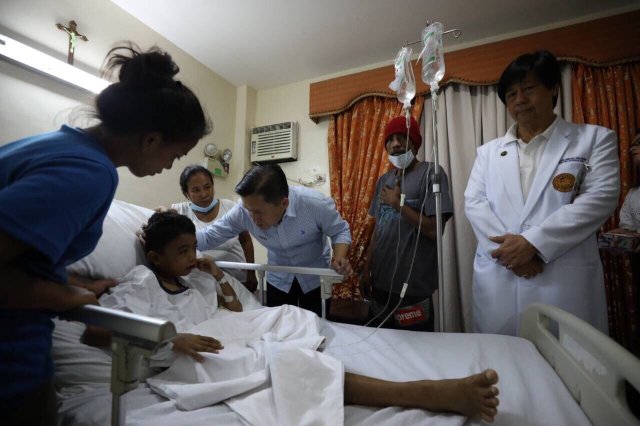 Fortunately, a concerned citizen posted Jomel’s condition on Facebook and it went viral. Once it reached Special Assistant to the President (SAP) Christopher Lawrence “Bong” Go, the Montes family finally got the attention that they needed.

Go immediately instructed the Office of the Presidential Assistant for the Visayas (OPAV) to provide assistance, and local government officials facilitated the boy’s transfer from Bohol to the Vicente Sotto Memorial Center in Cebu. 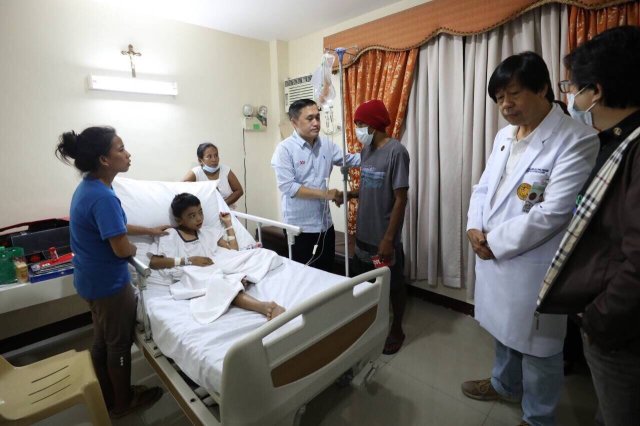 Once there, the Malasakit Center assessed his condition and endorsed him to doctors — all with the assurance that the family will not have to pay for the whole expense of the needed treatment.

Go also had a chance to visit Jomel personally since he was in Cebu today to accompany President Rodrigo Duterte who attended an event of the League of Municipalities of the Philippines.

Standing at his bedside, Go told Jomel to pray and get well. He assured the family that the government would be taking care of his medical needs. He also gave cash assistance to the family as well as a gift Jomel had been wishing for: a mobile phone to keep him preoccupied while undergoing treatment. 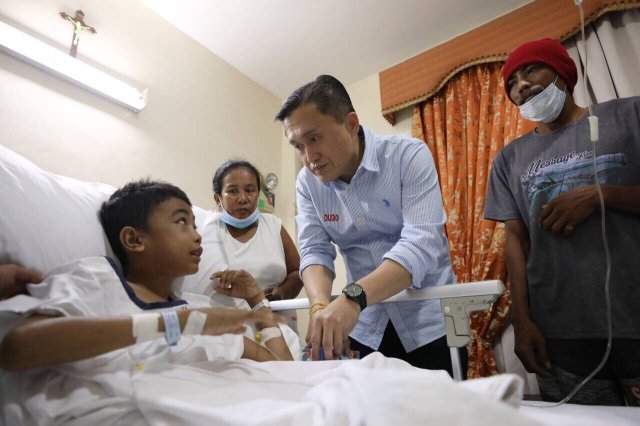 In an interview after the visit, Go said the family need not worry any longer. “Nandito naman po ang gobyerno ni Pangulong Duterte na tutulong, at yung Malasakit Center (The government of President Duterte is here to help. The Malasakit Center is here also),” he said.

(I told them we will take care of their needs. They should just focus on helping the boy get well. I also told them to pray.)

He also said he promised to send Jomel to school once he is well.

Go was instrumental in putting up Malasakit Centers in Tacloban, Iloilo, and Cebu. In an earlier interview, he said the centers are a one-stop shop that guides patients to the Department of Social Welfare and Development, PhilHealth, Department of Health, and the Philippine Charity Sweepstakes Office so that their medical bills would be reduced. Go said he plans to add more Malasakit Centers, particularly in Mindanao. 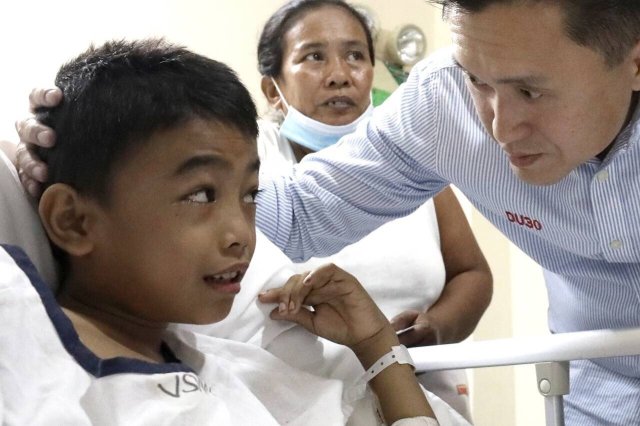 (I intend to fight for each Filipino’s right to have access to medical services. Strengthening and improving the health and medical services of the country is a priority of the president. We are here to help and to provide attention to the poor and the sick.)
###