Visiting this city for the celebration of Samar Day, Go went to the Camp Lukban Station Hospital to personally check on the condition of three soldiers who had been wounded in action.

“Nagpapagaling na so medyo OK na sila (They are recovering already),” Go said. “Hopefully they can leave the hospital and go back on duty.”

He said he will extend help if the three soldiers need to continue treatment in Manila.

“Anything that they need in Manila, the government is willing to help them,” he said. 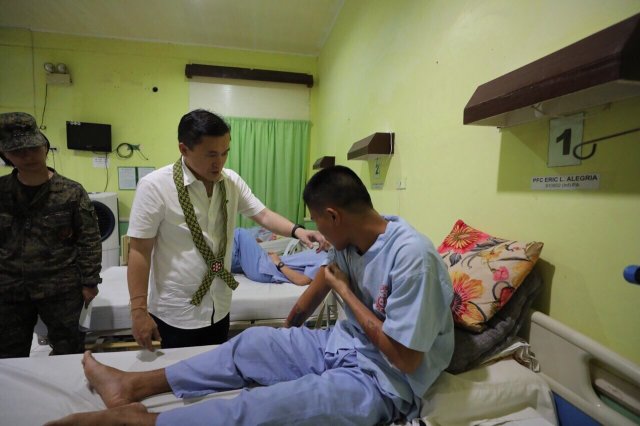 When Go asked hospital doctor Captain Nikaelle Guevara what the Camp Lukban Station Hospital needs, the latter replied that they need an x-ray machine as well as new hospital mattresses.

“You write us a letter, then I will immediately follow it up,” Go said.

He said this is in line with President Duterte’s commitment to support the AFP fully.