The concept of Brgy Ronda Patrol is basically an integration of all the Brgy Tanods to the existing enhanced Police/Military/Police Auxiliary Patrol System with the main objective of revitalising and reorganising them as additional extension of law enforcement with the task to assist the police in the intensified operations against robbery, theft and other petty crimes prevalent in their Barangays through initial contact, intelligence monitoring and likewise act as visible security by way of Ronda Patrol activity in their respective community.

At present, each Brgy has an existing 20 Brgy Tanods receiving an allowance from the City Government of Davao and under the supervision and control of their respective Brgy Chairman. With this, renewal of membership will be undertaken following their basic law enforcement training and deployment. 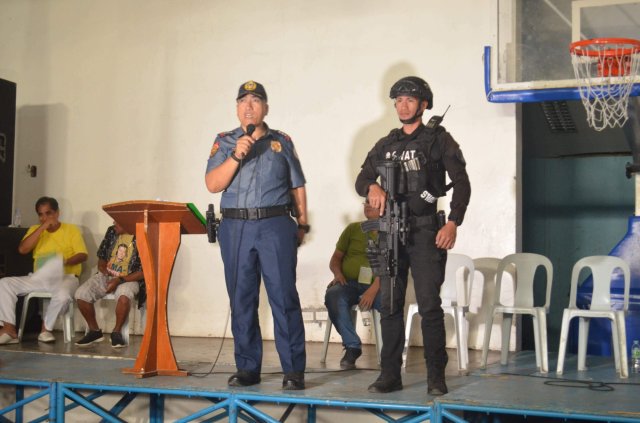 With the evolving significance of the Brgy Ronda Patrol System huge number of members around 3,640 as additional force, we will generate a total strength of 8,989 upgraded/enhanced Police Integrated Patrol System, Dcpo is of fervent judgment that their presence would geared to a more effective deterrence against social deviants in every community.