Some 132 loose firearms were surrendered by individuals/groups in Pikit and were formally turned over to the Armed Forces of the Philippines today. The surrender came after the massive call of Pikit LGU to support the national government’s Balik-Baril program. 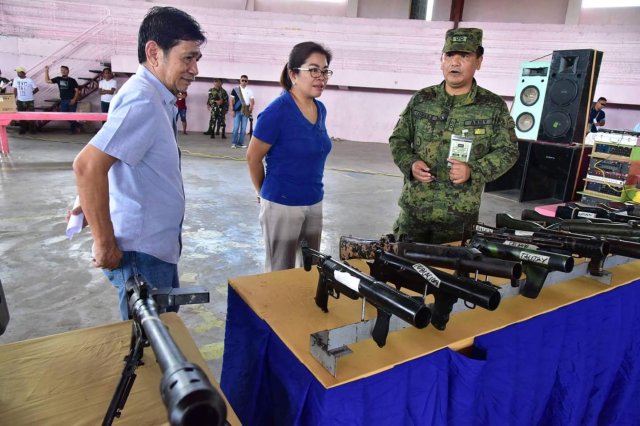 On the part of the military, present were 6th ID Commander BGEN Cirilito E. Sbejana, 602nd IB Commander Alfredo Rosario, Jr. Pikit. The military lauded the Pikitenos for being taking active role in the quest for genuine peace in the land.