Mayor Inday Sara Duterte on Thursday ordered to immediately stop the unauthorized selling of grocery items and other retail products retrieved from the burned NCCC Mall.

Information reaching the City Mayor’s Office indicated that the selling of the assorted products started Wednesday in Purok 9, Tacunan in Tugbok District.

Some of the food items sold were way past their expiration dates. 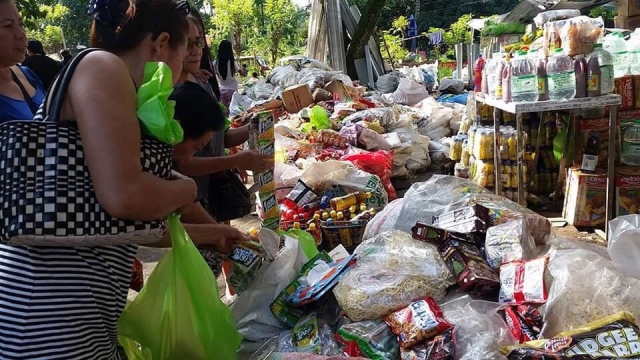 Mayor Sara has ordered the City Legal Office to issue a prohibition to sell the recovered items for lack of business permit.

She also instructed the City Health Office to immediately and properly dispose of the expired items.

As of 11 am Thursday, Davao City Police Director Senior Superintendent Alexander Tagum said the Tugbok Police Station has already shut down the makeshift store that displayed and sold the recovered products.

The owner was identified as Benjardi Belardo Bermudo. He was hired by the company commissioned to demolish the burned mall in Matina.

A report from Tugbok police noted that on June 18, Bermudo salvaged the products from the burned mall and transported the goods to Tacunan.

On Wednesday, June 20, residents flocked to the area to buy the recovered items at lower prices. CIO