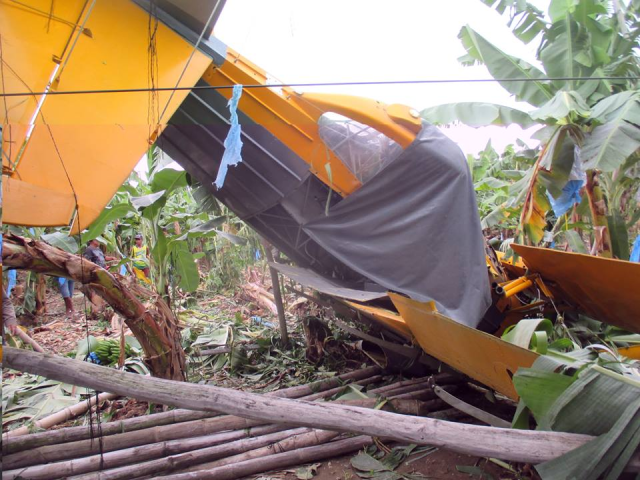 HOW: Initial invest conducted disclosed that the said plane was conducting aerial spray at Chua Banana Farm when the pilot noticed an engine trouble. The pilot tried ti pull back to the hangar but failed that resulted to the plane to crash. The pilot sustained minor injuries and was advised to undergo general check-up. For info and progress report to follow.