The troops responded to the information given by concerned residents who were fed up by the extortion activities of these armed groups. 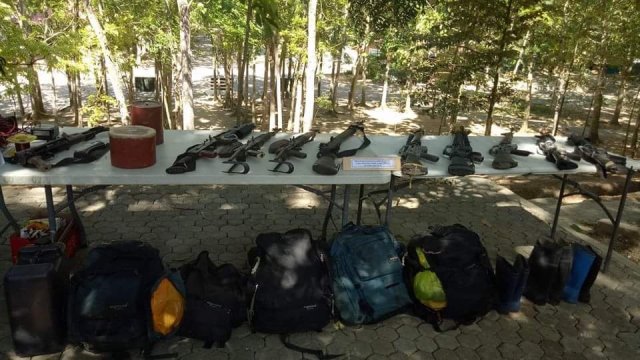 At 04:30 PM same day, another encounter occurred with 46IB troopers to the retreating CNTs going to Asuncion, Davao del Norte.

The said firefight resulted to one (1) soldier killed in action and two (2) soldiers injured. Likewise, troops were able to recover eight (8) High Powered Firearms and one (1) unexploded Improvised Explosive Device (IED) from the Communist NPA Terrorists.

The unit, together with PNP and CAA detachments in the area of operation (AO), has established checkpoints while clearing operations are ongoing.

60IB Commander, Lt. Col Gilbert Ombos, says that military operations will continue in areas threatened by the Communist NPA Terrorists (CNTs). However, Ombos emphasized that “the AFP is still open for CNTs willing to surrender and avail of the Comprehensive Local Integration Program (CLIP) of the government”. He further reiterated that “War has no victors, only victims. Winning without fighting is still the best option. The government is willing and ready to accept and help them (NPAs) return to their normal lives,” Ombos said.

Meanwhile, Major General Noel S Clement, Commander 10ID commended troops’ accomplishment and said “Our soldiers are ready and determined to do its mandated task of protecting the people and securing communities.”